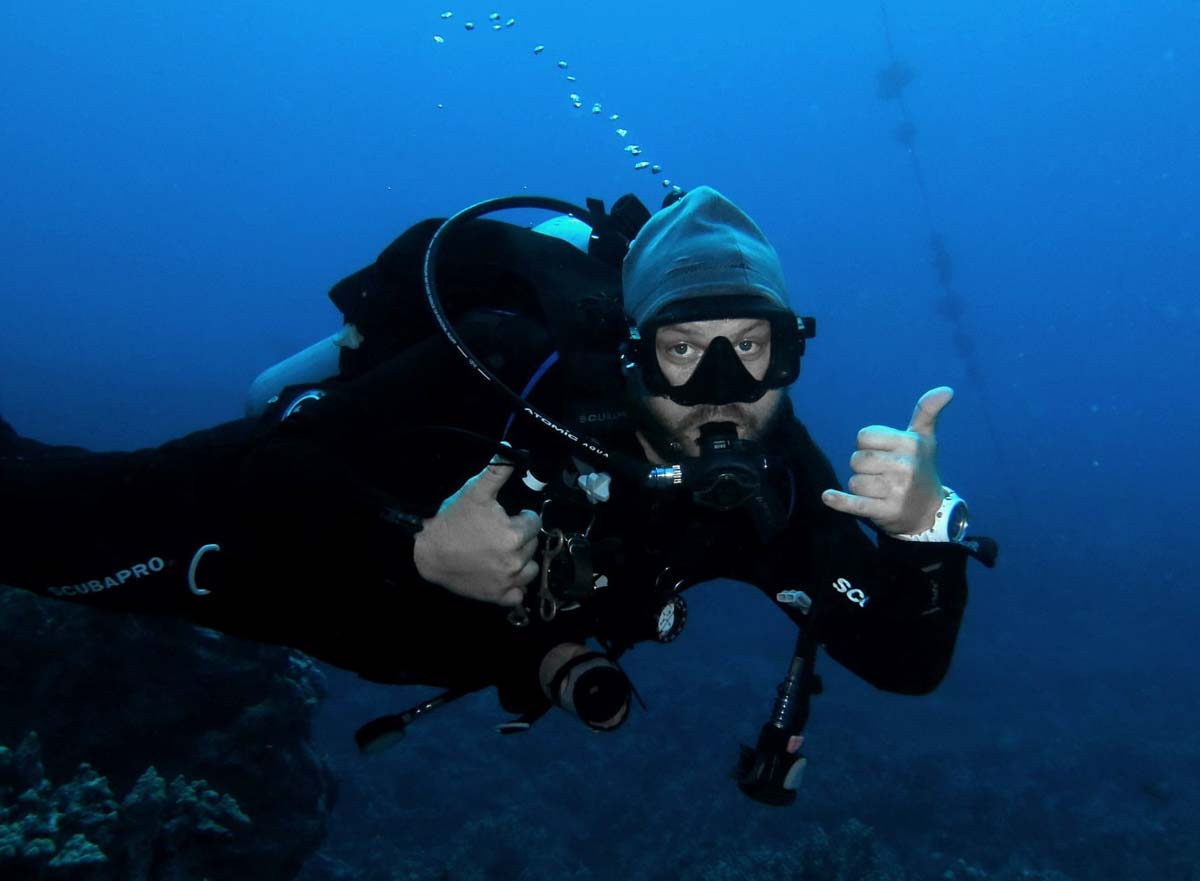 Alan should probably be a mid-level manager for an insurance company except he got on the wrong ferry in Honduras and ended up in Utila where he got certified as a Divemaster in 2011.  After becoming a DM, Alan ended up traveling and diving in many different countries including: Nicaragua, Mexico, Philippines, Thailand, Bahamas, USVI and Indonesia. In 2014 after a brief stint in the “real world” Alan traded suits and dress shoes for a wetsuit and slippahs and became a PADI Instructor. Since then Alan has taught over 400 students and around 3,000 dives.

He enjoys both guiding and teaching but his favourite course to teach is the advanced open water but refreshers and open water are a close second! After flipping a coin during 2020 Alan decided to move to Big Island over Kauai! Which was a great choice as Alan loves Sharks, Whales, Dolphins and remote diving. His favourite fish are Hammerheads!

When not diving Alan drives Uber and explores Hawaii at large! When Alan goes missing for some months you usually can find him in some remote corner of the world traveling and of course diving!

A Whitley's Male Boxfish is a superfind! #boxfish